The 35th Annual American Brahman Breeders Association (ABBA) National F1 Female Sale was held at Columbus Livestock Co. in Columbus, Texas on February 26, 2022. This year’s sale was managed and hosted by the ABBA and featured an elite offering of cattle.

“The 2022 ABBA National F1 Female Sale was a great success,” ABBA Director of Association Services H.C. Neel said. “We would like to thank all of the consignors, buyers and sponsors for their overwhelming support of the sale. In addition, an event of this success would not have been possible without the hard work and dedication of an incredible sale committee including O.W. Schneider, Kevin Elstner, Derrick Smith, Clayton Bridges, Terry Novak and Sam Sparks.

“Terry has been involved with the sale since its inception,” ABBA Executive Vice President Dr. Joe Mask said. “He volunteers his time and is one of the first to arrive and the last to leave. He helps with so much, not to mention he participates and believes in the program. He always promotes the importance of Brahman influence on cattle herds in the Gulf Coast region.” 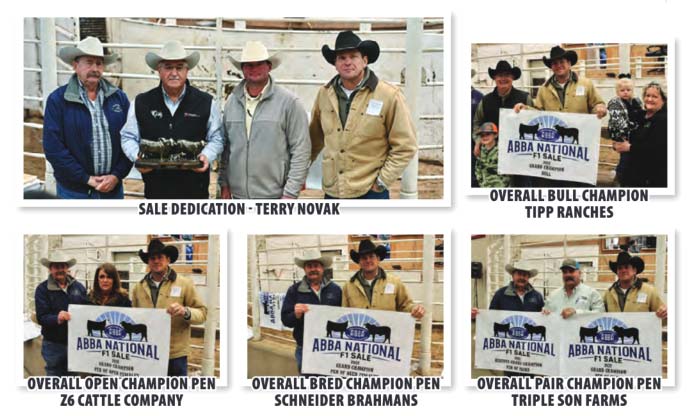