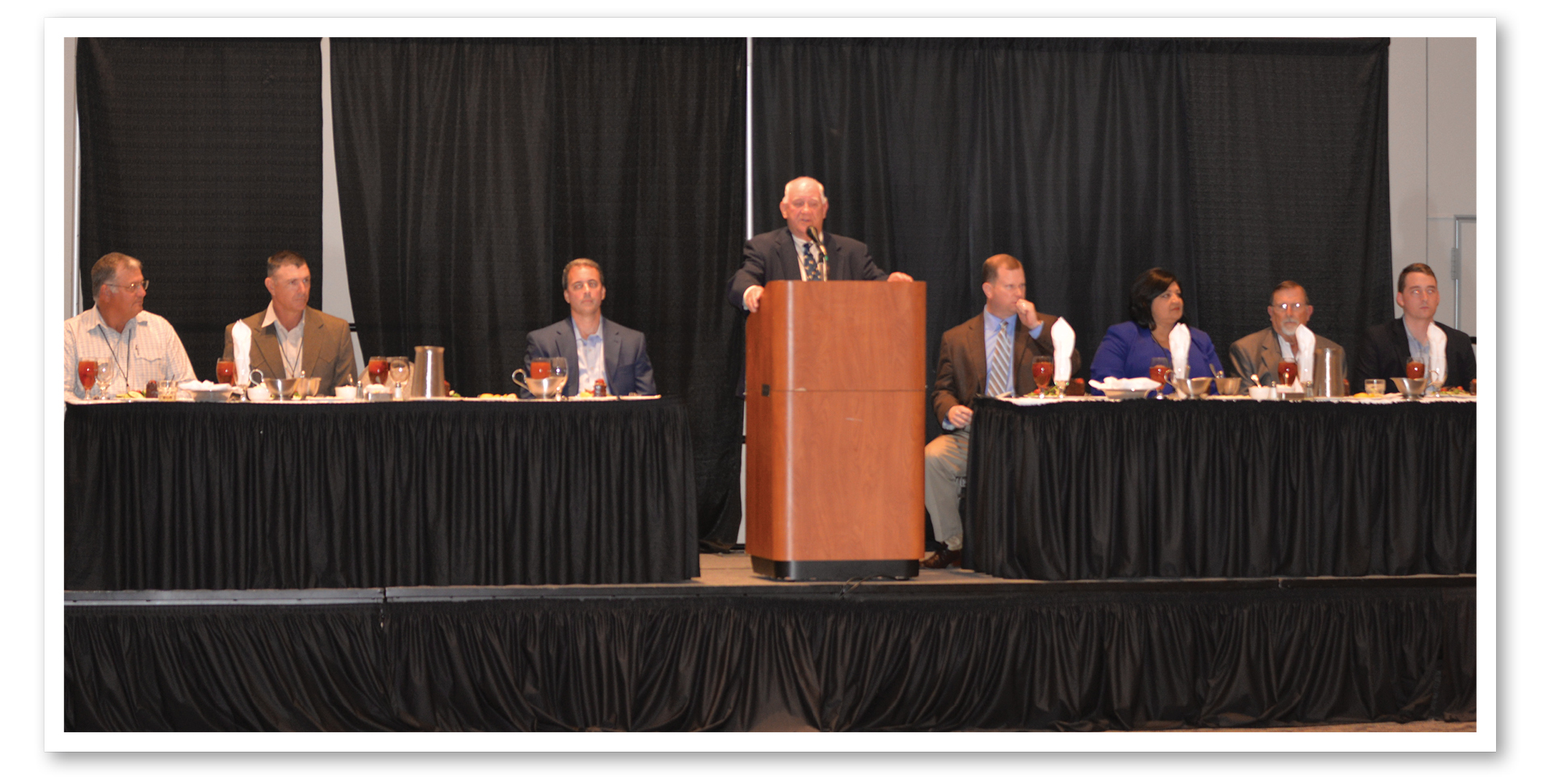 “The 2016 ABBA Membership Convention exceeded all expectations with a record attendance and a program that provided something for everyone. Everyone that attended had a great time, learned something and were able to have fellowship with fellow Brahman breeders,” said Chris Shivers, Executive Vice President of the American Brahman Breeders Association.

The first night kicked off with a tour of Bonchasse Land & Cattle. This fun event featured live music, outstanding food, and educational workshops on carcass ultrasound and Animal Health Practices/BQA.

On Saturday morning, members were addressed during the General Session. One topic of interest was the Brahman Report Card. This part of the session featured a panel discussion, with attendees from the cow/calf, feedyard, marketing and the academia sectors.

The ABBA believes that the future looks bright and Brahman breeders have done a great job improving. The session debunked myths that Brahman cattle won’t grade or perform well, and stressed the increasing importance of the breed’s ability to adapt to any environment.

During the session it was also highlighted that breeders should utilize available tools such as EPDs, ultrasounding, DNA tests, Growsafe, actual harvest data and BHIR. Data that shows the progress made in the industry should be used to promote the improvements and successes.

Another highlight on Saturday was the discussion regarding the newly passed DNA rules, which will go into effect on January 1, 2017. This workshop helped to better inform members, and assist them in preparing for this positive change.

The ABBA believes this program will help to progress the breed, and the program will be slowly implemented, and not all cattle will be required to be DNAed at the introduction. Members who have questions should contact their director.

Saturday evening marked the end of the convention, and the banquet. The Sponsor of the Year, Elgin Breeding Service, was recognized as well. EBS has been a leader in the global semen industry, and the ABBA appreciates their support.

The ABBA Silent Auction was also held during the banquet, and nearly $3,400 was raised for the association. ABBA would like to thank all of the donors and buyers for their generous support.