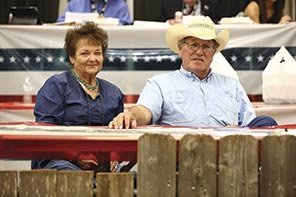 The 2021 International Brahman Show will be dedicated to longtime Brahman breeder and ABBA member Steven “Steamer” Swaner of Swaner Brahmans in Waco, Texas.

Steamer grew up in the cattle industry and followed his father’s footsteps. His father, W.H. “Bill Swaner” was one of the early pioneers of the cattle industry and one of the first American Brahman breeders in Central Texas. He initiated his membership in the American Brahman Breeders Association in the fall of 1963 and since this time the Swaner family have been integral members of the association breeding and promoting the utilization of the registered Brahman cattle both domestically and internationally.

In 1973 Steamer and his beloved wife Marsha purchased a grey herd of cattle from Louisiana which is known to be the beginning of the Swaner legacy. They incorporated these genetics into their existing herd and produced one of the most renown Red Brahman herds in the United States. 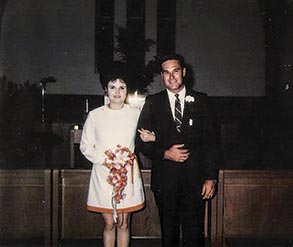 Hard work and family values have been the driving force that have led this family to their success. As the family grew, the couple became more and more involved and eventually enrolled their children in the American Junior Brahman Association where they were exposed to one of the top junior programs in the United States. Aside from participating in youth and leadership programs the Swaners took their herd to the next level. All four of their children – Al, Karen, Pasquale and Kellie – exhibited cattle in junior and open shows and were highly successful in producing many champions. Their success spurred the interest of many international cattlemen to invite them to their respective countries to serve as leaders in assisting with the management and exhibition of cattle. The fourth generation of Swaners, Monte and Pooh continue the legacy. They not only succeed in the Brahman showring but have grown to be great academic leaders with an outstanding athletic ability. These two young men are the future and will continue to carry out the Swaner legacy with much force.

“I have done nothing without my family,” Steamer said. “Swaner Brahmans is a complete family operation, my children and grandchildren continue to carry on the legacy today.”

Swaner genetics have not only been used to develop and improve U.S. herds but have influenced Brahman herds across the globe. Swaner genetics are highly sought after from top breeders in Central America, South America, Africa, Australia and Asia.

The Swaner family were one of the first to promote the use of modern technological advancements by utilizing artificial insemination and embryo transfer. This technology has been incorporated in their breeding program for over 45 years. 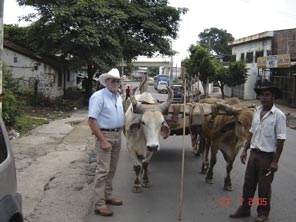 Steamer has been an ambassador for the American Brahman breed across the globe. He started judging Brahman cattle in 1977 and since then has had the great honor of judging International, National and many major local Brahman shows around the world. He has evaluated top Brahman cattle in countries such as Zambia, Zimbabwe, Colombia, Venezuela, Ecuador, Belize, Nicaragua, Mexico, Guatemala, Panama, Honduras, El Salvador, Costa Rica and Thailand.

Steamer has judged the two most prestigious Brahman Shows in the United States, the ABBA National and ABBA International Show. His son, Steven “Pasquale” Swaner, has also been deemed with this honor as he too has judged these highly prestigious shows selecting champion cattle amongst the highest quality of Brahman cattle in the U.S. Their knowledge and experience are highly regarded and have served on ABBA’s list of top ABBA Approved Judges for decades. 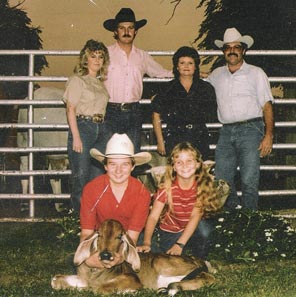 In addition to serving as one of ABBA’s top judges, Steamer has contributed countless hours of service on the ABBA Board of Directors. He has served as an ABBA Board member for over two decades and has served on several committees in developing and carrying out activities to help develop and promote the breed. He has also been instrumental in promoting the American Brahman breed in several countries. He has travelled across the globe to host educational programs in South Africa, Namibia and Costa Rica. He has established many contacts and has made numerous friendships with cattlemen around the world and has been instrumental in assisting with Brahman operations in several countries. Additionally, he has been active in the Texas Brahman Association and served as president from 1990 to 1992.

“I am fortunate and happy to be involved in the Brahman family,” Steamer said. “There are lots of good people, and over the years, it’s been good to us. This dedication means a lot to me. I am honored and feel privileged to receive this recognition from my peers.”

From the Desk of the ABBA Executive VP

From the Desk of the ABBA Executive VP