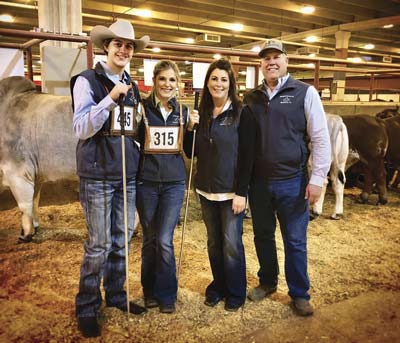 The sale closed on October 27 and went extremely well, with lots of demand from breeders across the southern United States, Thailand and Mexico.

“We would like to send out a huge thank you to everyone who looked, called, commented, shared, bid and purchased on our very first production sale,” Kaysee Schulte said. “The positive response we received was overwhelming.”

“It’s always a little scary to take a big step forward in anything you do, but we felt we have reached a level of quality in our cattle we were proud to offer to the public,” Kaysee Schulte said.